We’ve all been there: you need to add one last function to your software before the next release, but you don’t have time to make it perfect – organized, well-structured, and in sync with the rest of the code. Instead, you’ll have to add the functionality haphazardly to get it done, which you will. We can move on to the next sprint of work after the release goes smoothly. But what codes aren’t as clean, clear, or good as they could be? During software development, certain tasks are postponed to meet deadlines. This is a good short-term solution, but it isn’t the best long-term answer for the software. This work then becomes “debt” because it must be paid back at some point.

We’ll look at code refactoring as a strategy to eliminate technical debt in this blog.

The process of rearranging computer code without affecting or adding to its exterior behavior and functionality is known as code refactoring. Refactoring can take many forms, but it usually consists of a series of standardized, small tasks known as micro-refactoring. Because the modifications are so minor, they are unlikely to cause or add any new mistakes in the current source code.

The Significance of Code Refactoring

At first glance, its aim may appear unnecessary – certainly, code reworking improves the software’s non-functional attributes, which is excellent, but what good is it if it doesn’t aid the overall functionality?
The purpose of code refactoring, according to experts, is to convert dirty code into clean code, lowering a project’s overall technical debt. Any code that is difficult to maintain and update, and even more difficult to understand and translate, is said to be a dirty code. Dirty code is often the result of development deadlines – the necessity to add or update functionality as needed, even if the backend appearance isn’t quite what it might or should be. As it were, you can often detect bad code by its fragrance.
Technical debt is based on the premise that if code is as clean as workable, it is much easier to update and improve in subsequent iterations – such that your future self and other future programmers who deal with the code may appreciate its organization. When the filthy code isn’t cleaned up, it might snowball, delaying future advances because developers will have to spend more time understanding and tracking the code before making changes.

The following are examples of a dirty code:

When should you refactor?

It’s easy to figure out when to refactor. If you’re a developer, you’re already aware of where you may have scrimped on your code to achieve the functionality you required.
If you’re part of a project-sharing team, prioritizing refactoring may be more difficult, therefore here are some suggestions:

1. Refactor according to the Rule of Three

Refactoring should not be done while fixing defects, according to some refactoring purists, because the goal of refactoring isn’t to increase functionality. However, because problems are frequently the result of filthy code, cleaner code inherently translates to fewer bugs. You can prevent bugs before they become problems by cleaning code — whether in dedicated refactoring sessions or while fixing bugs.

There are many approaches to refactoring code, but the best method is to take little steps and test after each change. It is important to test all code improvements in order to ensure that important functionality isn’t lost or broken during the restructuring process. Refactoring used to be a time-consuming procedure, but new refactoring tools for common languages have made it possible to speed up the process. Still, knowing what the tool does might be useful, and fantastic refactoring tools may not be available if you’re working in a less prevalent language.

The approaches to use are typically determined by the issues in your code. Here are a few common methods:

What is a good place to stop writing clean code? You can use this checklist to identify when your code is clean:

The Advantages of Refactoring

The fundamental advantage of refactoring is that it helps to reduce technical debt by cleaning up unclean code. Cleaner code is easier to read for both the original developer and any future developers who may work on it, making it easier to maintain and add new features. Less intricate code can also lead to easier source-code maintenance and a more expressive internal design. The use of clean code also allows for reuse – if a program works well and is clean, it can be used as a foundation for further programs.
Refactoring can also aid in the understanding of code and design decisions by developers. Beginner and professional programmers alike can benefit from seeing how others have worked inside the code and built it up as software capability has developed and shifted. This can foster a sense of communal ownership, in which no single developer owns the code but the entire team is accountable for it.
When compared to higher priority jobs, the act of refactoring — changing small bits of code with no front-end purpose – may appear insignificant. However, such adjustments might have a major cumulative effect, resulting in a well-functioning team and programming style.

Inadvertently using too much HTML markup is a common occurrence while adding content and styling to our web projects. The <div> element, for example, is frequently used to group or wrap elements so that the CSS can apply to them. However, adding a div around the styled element isn’t always necessary. Each HTML element is its box with its own set of options. The CSS style will look the same whether you apply it to the <h1> element or its container element in this case.

To bundle many items, however, you can and should use a <div> or other container elements (e.g., <header>). Just remember to include what you need and to use semantic HTML tags instead of a <div> where appropriate.

In the refactored excerpt below, I’ve deleted the unnecessary div> and replaced the outer <div> container with a meaningful <header> element. The “logo” class was also moved to the header element, as it is now used to combine the logo image and <h1>.

The Essence of CSS Code Refactoring

There is nearly always a more efficient way to complete the same task. This guideline applies to individuals as well as website codes. The code reworking philosophy of Cascading Style Sheets is pretty similar to this. CSS code restructuring is redesigning the code’s internal structure without affecting its operation.

Why should you reorganize?

It’s not uncommon for a website’s CSS code to balloon to thousands of lines of stylesheets and to become clogged with complex selectors. It is possible to eliminate code duplication, asymmetry, phony abstractions, and other problems. Website owners wrack their brains to figure out why their site is slowing down (and there are only the areas where the CSS code has an impact).
CSS code restructuring eliminates these inconsistencies and redundancies, as well as many others. It makes your CSS code more beautiful in its simplicity, as well as more efficient and easy to read.

What benefits will CSS code restructuring bring to your website?

More comprehensible Cascading Style Sheets will increase the serviceability of your website, making it easier to alter, expand, and more.

Your website will fly higher if your Cascading Style Sheets are lighter and more structured. CSS code restructuring is a certain approach to boost your website’s speed, which both users and search engines will appreciate.

Better SEO rankings, browser compatibility, a professional appearance and feel of your website, and much more are all benefits of simpler CSS code. As a result, CSS code restructuring is a valuable tool for bringing out the most in your website.

The Most Common Techniques for Code Refactoring

How do you refactor code now that you know the answer to the question of what is code refactoring and several of its potential benefits? There are many methods for restructuring code, but here are a few of the more common. Refactoring without safeguards against creating bugs can be detrimental to your codebase, regardless of the technique you use. Regression testing tools, such as automated unit tests, and formal reasoning aids, such as type systems, are two examples of safeties.

Read on to discover which method is ideal for your organization and situation.

What is code refactoring?

It’s commonly confused with unit testing, and Test-Driven Development is one of the most popular approaches (TDD). TDD is an essential part of the agile process. One of the most well-known TDD examples like Red, Green, and Refactor. Developers use this strategy to break down the refactoring process into three steps:

Refactoring by abstraction may be the strategy you need if you have a lot of refactoring to do. The purpose of this type of code restructuring is to reduce code duplications by using class inheritances, hierarchy, and extraction.
The Pull-Up/Push-Down method is an example of abstraction. They are two opposing forms of class restructuring. The Pull-Up method adds the classes to a superclass, whereas the Push-Down method removes them from the superclass and moves them to a subclass.
Refactoring by abstraction allows you to fade to vast sections of code. In this manner, even if the update is still in progress, you may continue to release the system regularly.

Excessively long code is both difficult to comprehend and implement. The composing method is a code refactoring technique that helps to reduce code duplication and streamline it. There are several methods for achieving this, including inline extraction techniques.
Extraction is breaking down large pieces of code into smaller chunks to locate and extract fragments. After that, a call moved and replaced the fragmented code with the new method. Inline refactoring also aids in the development of cleaner, more optimized code. It aids in the removal of unneeded methods from the code and their replacement with the method’s content.

Legacy code grows dirtier and more complex as it gets older. In this way, simplifying approaches aid in the decomposition of logic. Adjusting the interaction between distinct classes, as well as introducing a new parameter or removing and replacing certain parameters with explicit methods, are all examples of these methods. Consolidation of conditional fragments and expressions is one method of simplifying.

The extract method is a code refactoring approach that helps to reduce code complexity while simultaneously improving readability. It entails moving a fragment or block of code from an existing method to a newly constructed method with a clear name that explains its purpose.

This form of code reorganization can turn a difficult-to-understand expression or one that appears often across your codebase into a separate variable that is easier to comprehend. This helps to decrease code duplication and complexity.

Refactoring your code can help you maintain it clean and organized. A well-organized and refactored code relieves stress by making it easy to identify and operate. It also makes things easier for someone who takes on the project on their own. Refactoring allows programmers to gain a better understanding of their code and make better design decisions. Regular code inspection and cleaning will cause the construction of a healthier, more productive environment and work routine. 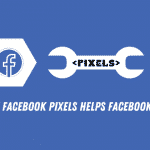 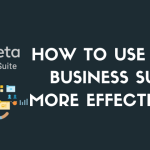 Meta Business S: How To Use It More Efficiently?