In 2021, things were difficult for CSS. Nevertheless, there has been a lot of progress in CSS development, from improving old capabilities to speculating several new ones, which have been implemented in many browsers undergoing experimental testing.

CSS coding is one of the most important responsibilities a web developer has regularly. CSS is a stylesheet language that lets us style web pages and make them interactive across various platforms. As a result, it will make a website more interactive. It is because this language has so many applications.

In the case of large projects, generating CSS code from scratch may take a long time. On the other hand, there are many free CSS tools available online. Web developers can benefit significantly from these tools because they save time and make coding more efficient.

Let’s take a look at which CSS language features we can anticipate seeing in browsers in 2022 as 2021 draws to a close. So, for 2022, here are some of the most interesting new CSS features.

The functionalities of Cascading Style Sheet Markup are constantly improving. CSS subgrid, aspect-ratio property, flexbox gaps, scroll snap, feature queries, content-visibility property, transition, transform, and animation are the seven fantastic features that you’ve learned about thus far. Including these features would help you to build a responsive website. Finally, it would be best to determine which features aid in the styling of your website.
Many of the above-mentioned new CSS features and which exact new features will debut in browsers in mid-2022 remain unknown. However, some of the functionalities mentioned above are already accessible in one or more browsers. So, if you’re curious, you can give it a try. Finally, let us express our gratitude to those who have silently contributed to the development of CSS once more! 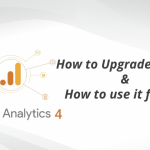 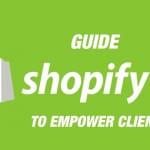 The Complete Guide for Creating a Shopify Online Store 2.0 in 2022