Many users in India are experiencing outages on the popular messaging app WhatsApp. More than 11,000 users have reported the app not working for them since 12:07 pm, according to Downdetector. The outage reached its climax around 12:51 pm. Approximately 74% of users are having difficulty sending messages using the Meta-owned platform. Users are even reporting problems with WhatsApp’s calling feature. The app does not progress from the ‘calling’ to the ringing phase. The WhatsApp Status feature is also broken, as users are unable to upload photographs to the instant messaging program.

Last October, WhatsApp experienced a similar outage. Users of WhatsApp are now taking to Twitter to complain about the outage. Given the extent of the outage, this could be one of the worst instances the instant messaging application has ever had. India is WhatsApp’s largest market in the world, and many businesses rely significantly on messaging services. The interruption may result in financial losses for both large and small businesses.

It’s not the first time WhatsApp has gone down, but the service is usually back up and running within a few hours. As the world’s largest messaging service, they have the manpower to deal with whatever problem arises. 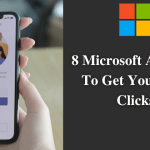 8 Microsoft Ads Tips To Get You More Clicks 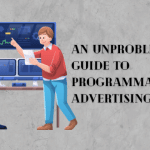 An Unproblematic Guide to Programmatic Advertising